Preschool: Children of the World

February's theme for preschool is Children of the World. When I started teaching 4 years ago, this was my least favorite theme. I  found it hard to find books that translated well to 3 and 4 year olds. I was not exactly sure what they were supposed to get out of it. I did not have enough materials to make the unit fun and educational. So instead, I skimped on it, filling in the months with sub-themes. I was not comfortable doing this though, so by my 3rd year, I went on a hunt to find materials that I needed to really teach my kiddos about the world. Not just all the different children, but cultures, food, weather, distance, map concepts, travel concepts, landmarks, facts and history.  I found a great resource that kick started me. It is called Children Around the World The Ultimate Class Field Trip.

I knew that I wanted to make passports for each child, and I wanted to board an imaginary plane each day to "fly" to a new country. But, I could not decide what countries and could not dig through so many facts about each country to determine what was true and what was important. This book really gave me a good point of reference, a great starting place and wonderful reproducibles. It outlines several different countries and has info and games for each. As well as a reproducible of the country's flag to color and children dressed in traditional dress. It also had the template for the passports, a camera and luggage. Now, I will show you how I used those things to take my class on a trip around the world!

I was very lucky this year. In my large class, I have 3 parents who are from different countries (Scotland,  Africa and Ukraine.) I also have one child who was adopted from China. Each of those parents came in as a guest speaker and shared information and things from their home country. The kids really enjoyed this and were very enthusiastic. So that dictated some of the countries we traveled to this year.

I first hung up this huge map for the kids to look at each day. I also sent home a short questionnaire about family heritage. It simply asked where each student's parents came to America from. Then we put each kiddo's picture on their paper and mapped out where they were from using yarn. 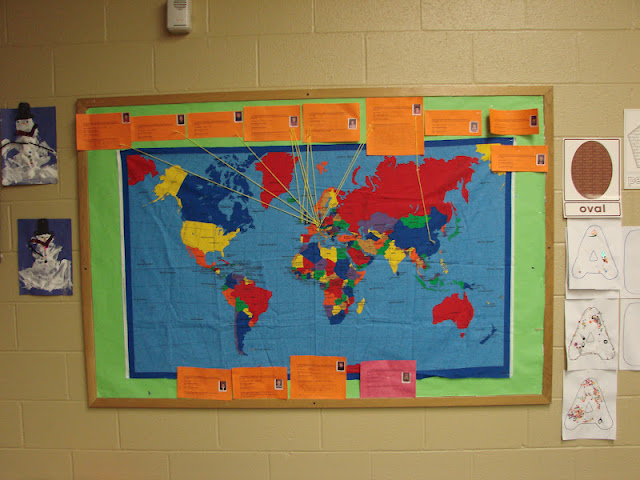 My board was only half finished when I took the picture! Sorry! 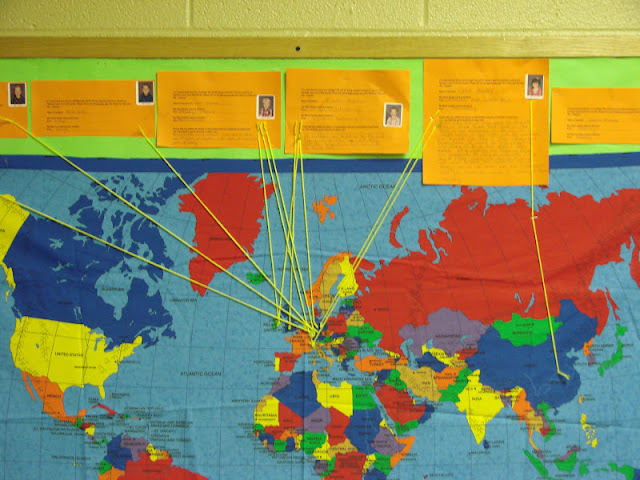 There was also a spot for additional information. There were some neat comments on who their ancestors were and how they got to America. It was enjoyable to read and talk about with the kiddos.

The students really liked the map as well. We pointed out very often what country we live in and what it is called. Then each day we boarded our imaginary planes and took flight to a new country.

I picked a new pilot each day to fly the plane and all the kids made motor sounds as we looked out our window for landmarks, like a "really huge tower" when we were flying to France.
After we landed, we read a book for each country and talked about culture and life there. Sometimes we had a craft that went along with the country. (See pictures below) But if not, we always stamped our passports and had a flag of the country to color or decorate.

Here are the activities and book we read for each country:
Polar Regions: 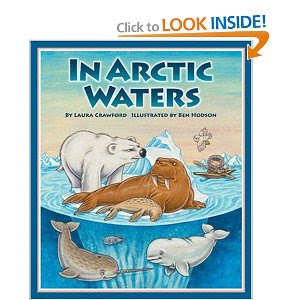 Craft:
Cut iceberg out of white paper and glue polar bear onto it. 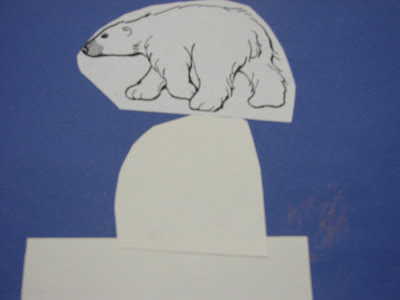 We did a Venn-diagram about the differences between The Arctic and Antarctic
I also froze icebergs and used these little arctic animals to let the kids pretend they were in the Arctic. 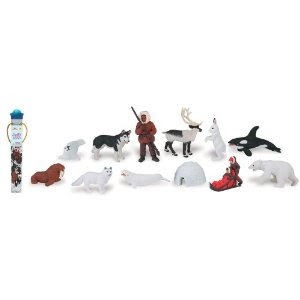 That was a huge hit! 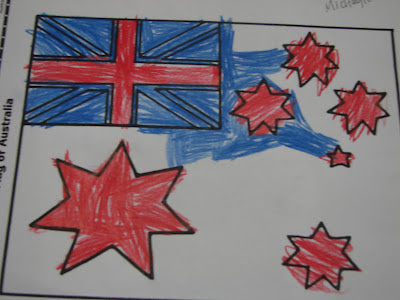 Scotland:
We had a parent come in a share about Scotland and the kiddos colored the flag. 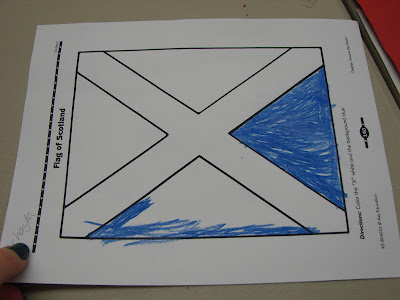 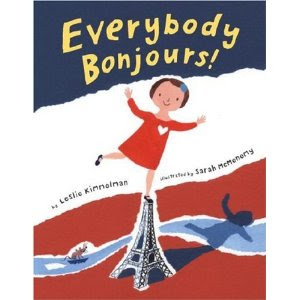 Great little book, simple read.
We also spent a great deal of time talking about the Eiffel Tower and facts about it.
We also talked about The Louve, french food and the french flag. The kiddos glued blue and red strips of paper onto a white sheet to replicate the flag. 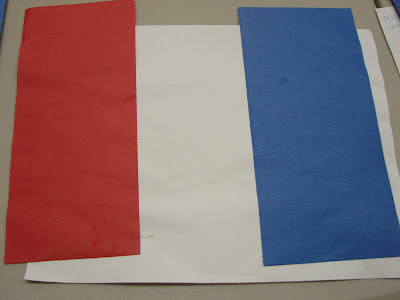 We read Guido's Gondola
The kiddos loved this book... and now they know a new word: Gondola. 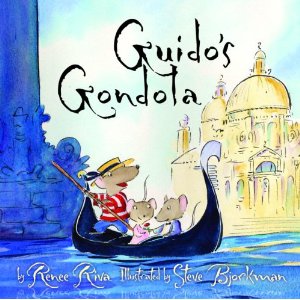 We talked a lot of about the food in Italy. YUMMY!
And of course the Pisa tower, which the kiddos kept calling the Leaning Tower of Pizza. :)
Then we drew pictures of what we saw in Italy. 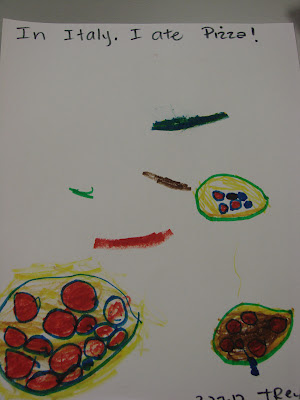 China:
We had a student from China in one class. Her mom shared about China and her trip there to get her daughter. Then she had the kids paint Chinese characters. She had them pre-drawn with pencil. Great idea! 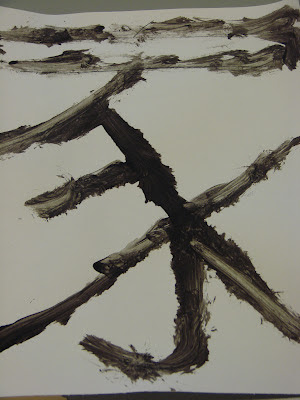 Of course we did the flag as well. I also read a book called Orange Peel's Pocket. 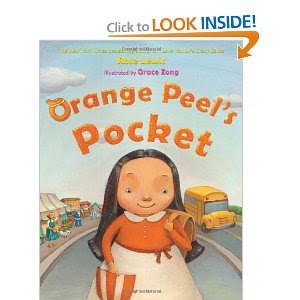 We put all of our things in our luggage:
A manila folder that looks like this 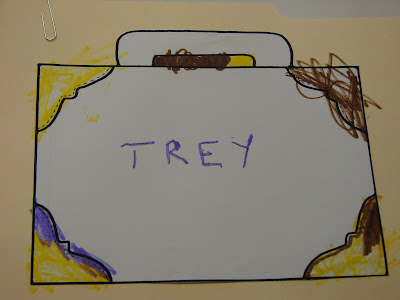 I paper clipped our passports to the inside: 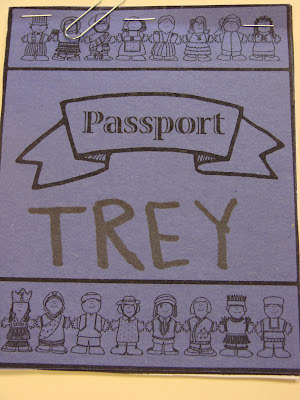 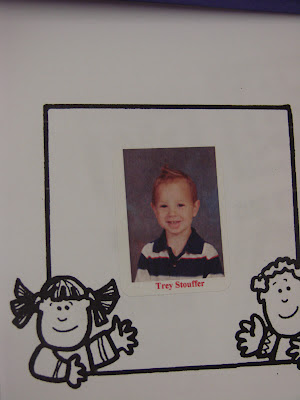 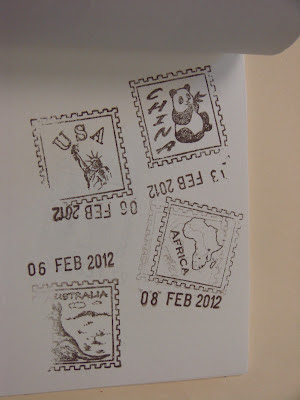 In case you are wondering, I got my passport stamps from eBay.

We ended our month in the best way, a World Showcase Day.
I had parents who chose to participate choose a country that I had compiled recipes from. Parents and families were invited to join us for a potluck taste test around the world.
Parents could research and make their recipe from a desired country, or use ones that I provided. It was a lot of fun and very yummy! It added a layer to the entire month: Tasting the different countries.
In the different classes we had:
French baguette -France
Crepes-France
Thumbprint Cookie- Sweden
Fried Rice- China
Moon Cookies- China
Brazilian Truffles and Lemonade- Brazil
Scones & Jam and shortbread- Scotland
Salsa, guacamole, queso- Mexico
Hummus and pita chips- Middle East
Pizza- Italy
Tea Cookies- England
Pastries- Ukraine
Edamame- Japan
Deviled Eggs- Germany
Apple Strudel- Germany 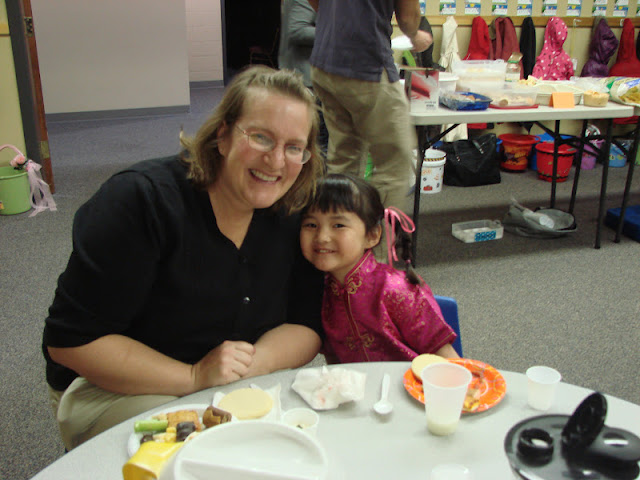 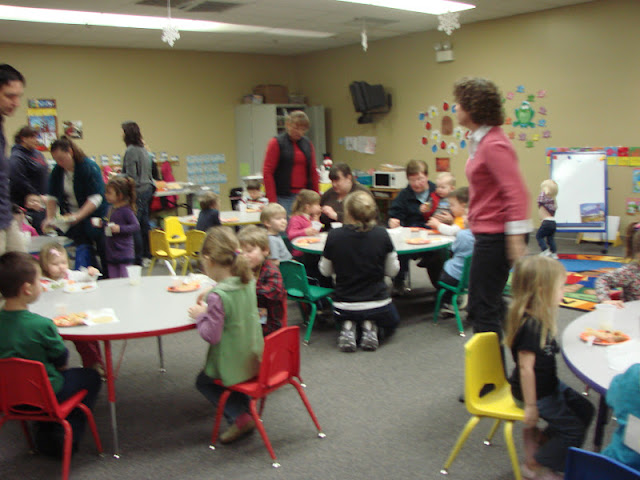 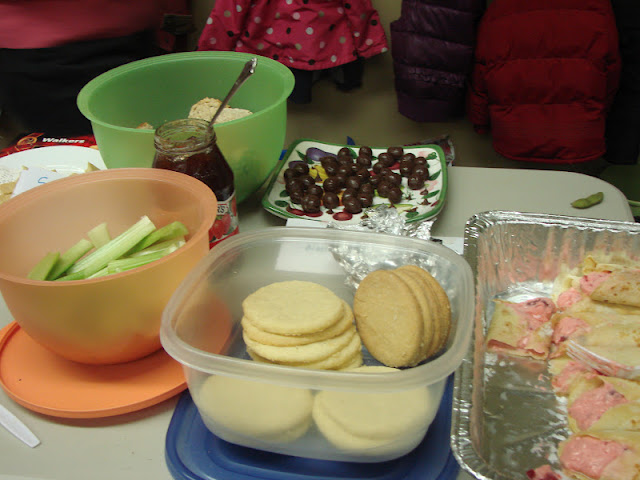 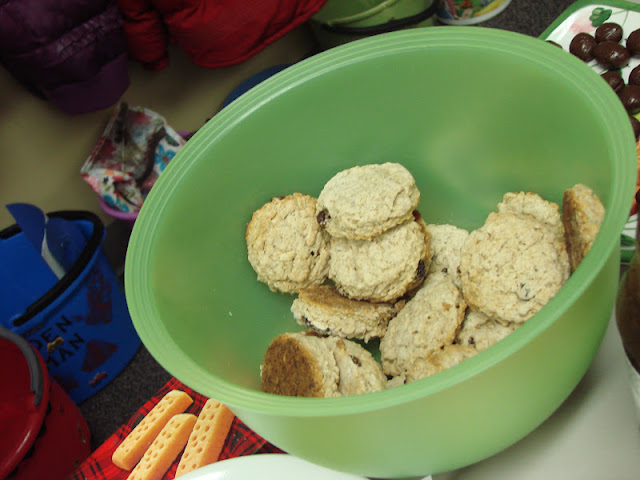 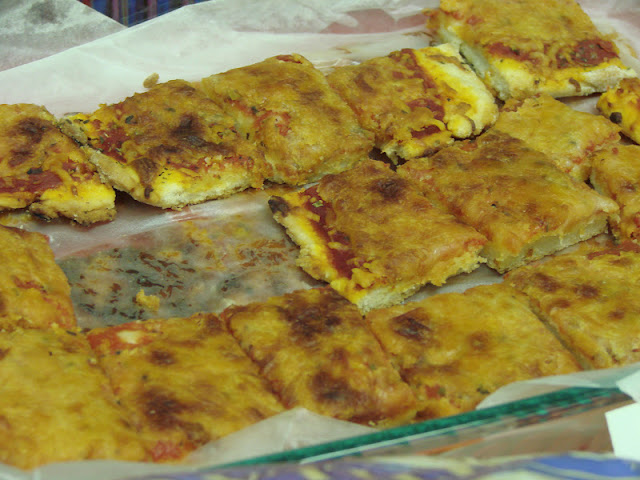 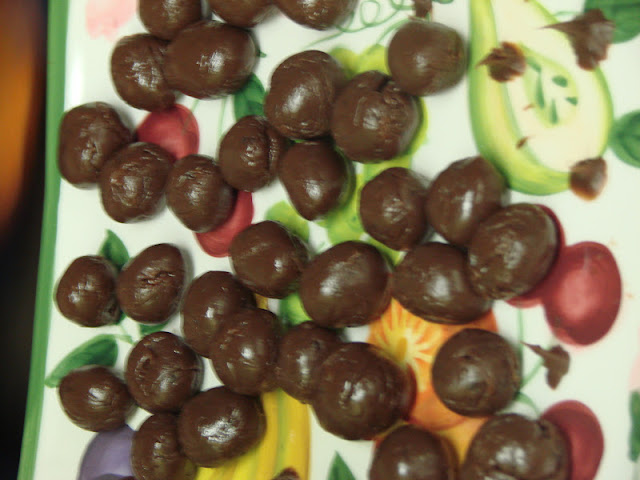 It was a great way to connect with families and get them involved in the classroom.
Our songs we learned for the month were:
"He's Got the Whole World in His Hands"
and
"Jesus Love the Little Children"

Our verse was "Preach the good news to all creation" Mark 16:15b
We prayed for our missionaries everyday and explored the cultures. Such a great month.
:) :) :) :) :)

Labels: all over the world, children of the world, world awareness preschool

My Blog was Featured!